Nothing reminds you that you're in a basement - no matter how beautifully finished - than a lack of finished ceiling. No matter how low or duct-filled your current basement ceiling is, there are ways to finish it that will make it look better, brighter and more like a part of the finished basement you've been aiming for.

Most basements have visible pipes and ductwork running along the ceiling area that must remain accessible in case of repairs or leaks. So while it's entirely possible to put up a drywall ceiling, ceiling tiles let the pipes and ducts remain easily accessible by enabling you to simply pop a few free and replace them after the repairs are over.

There are several types of ceiling tiles available; using ceiling tiles does not mean you need to make your basement look like an office building.

Acoustical ceiling tiles are one of the most frequently used options for basement ceilings, particularly those basements that include bedrooms, offices and other areas where noise control is important. Acoustical ceiling tiles snap into a grid laid along your ceiling. They come in a wide range of different materials, styles and colors. 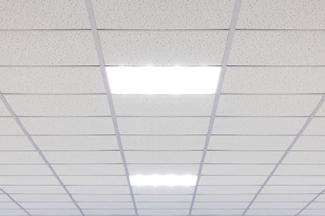 If you want to have an elegant, formal or interesting ceiling for your basement, consider putting in some suspended tin ceiling tiles. Tin ceiling tiles come in a variety of different patterns, colors and installation methods. Some can be done in a suspended grid; perfect for encasing low-hanging pipes and ducts. 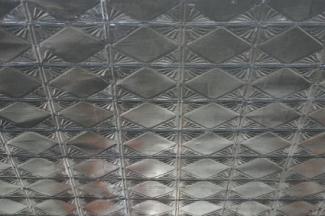 It's possible to find tin ceiling tiles without patterns as well, for a sleek contemporary appearance to the basement ceiling. The tin tiles pop in and out like other types of suspended ceiling tiles, but they offer a unique texture and design. 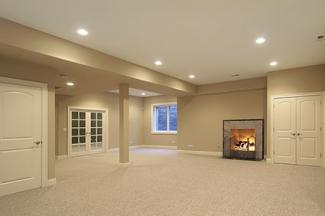 If you have areas in your current basement ceiling that drop lower in places, but it remains higher overall, consider doing a multi-level ceiling. Multi-level ceilings use drywall like a standard ceiling, but instead of dropping down to the lowest part of the ceiling, you can raise it to a normal ceiling height in most areas, and only drop down as needed. This is a fun way to make a very contemporary ceiling; consider painting sections of it different colors to highlight the various sections.

The drawback to this type of ceiling is, of course, the fact that you can't easily access the pipes or ducts. Depending upon how low your ductwork is, you may not want to frame it in and lower the ceiling in some areas as well. 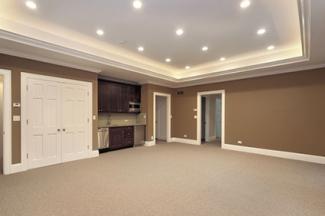 If you want the look of a closed ceiling in your basement, but also want the access to the pipes and ducts, consider creating a dual ceiling. Locate the most likely areas of the ceiling to require regular access and install a drop-ceiling over in that area. Enclose the rest of the ceiling with drywall. 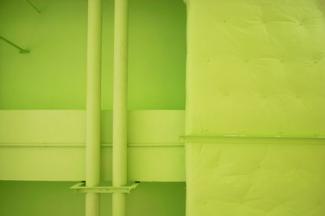 Some ceilings are really too low to enclose properly with either drywall or a drop-ceiling. In these cases, consider painting your pipes, ducts and exposed woodwork to create a pleasing, finished appearance. You can paint all of these areas the same color to help disguise them, or paint them in a rainbow of colors for a children's play area.

Painting the existing ceiling area is also one of the least expensive ways to finish the ceiling.

Box in Pipes with Faux-Wood Beams

If you have one or two low-hanging pipes, but want to keep most of the ceiling higher, consider enclosing the ceiling at your preferred height, and use a faux-wood beam to enclose the low-hanging pipe. Faux-wood beams can also add a nice architectural touch to the whole room, making the basement feel as though it is part of a cabin. 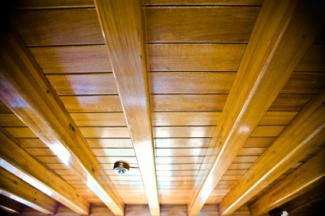 Places to find faux-wood beams include:

No matter what method you use to complete the ceiling in your finished basement, the results are sure to help finalize the entire room. Use any of these ideas to finish off your ceiling and enjoy your new basement room.